Steve O'Connell joined Croydon Council in 2002 as a Councillor for Kenley, Croydon, where he lives. He rose quickly through the party ranks holding various opposition Group positions, and particularly found his spell on the Planning Committee useful as one of Steve’s priorities is the protection of our area, particularly back gardens against over development. Steve particularly treasures the Green Belt and in his own words ‘’Will die in a ditch to protect it’’.

Following his selection as the GLA Candiate for Croydon & Sutton last year, he won this seat two weeks ago with 76,477 votes; gaining 44.08% of the votes cast with a 7.30% increase since the last GLA elections.

The new Mayor of London Boris Johnson has recently appointed him to sit as a member on the Metropolitan Police Authority as well as giving him other appointments.

Come and meet Steve next Thursday 5th June at The Slug & Lettuce, (next to Clapham Junction station) at 7.30pm

It will be a great chance to meet Steve and have a talk over a few beers.....

Last election in 2005 Dr Ken Andrews fought an excellent campaign and even though the Liberals held the seat with 17,357, Ken managed to increase the Conservative vote by 4% increasing his vote to 16,289.

Based on the break down of the recent GLA results this seat is winnable and we will be campaigning in a ward where we will be able to pick up crucial votes.

Posted by London South Team at 04:12 No comments:

The campaign hotted up this weekend in more ways than one with at least ten London South members hitting the streets and delivering, canvassing and holding balloons!!

After the day fellow CF activists finished the evening at a party where at least one member was drinking till 7am.....

They claimed that, "Last week there was a very large proportion of former Labour voters saying don’t know, so it will be interesting when the tables are released to see if the changes are a result of a drop in “Labour don’t knows” ". 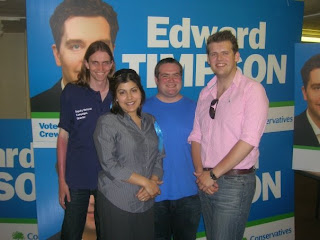 Posted by London South Team at 09:40 No comments:

Dates for Your Diary

After the huge success in the London Mayoral contest and the local elections, it’s never been a better time to get involved with London South CF. Please see below dates for your diary moving forward, we look forward to seeing you! 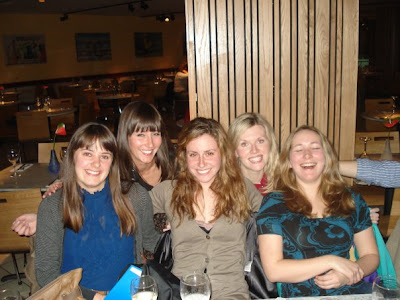 Posted by London South Team at 07:17 No comments:

Get Involved With Bexley CF

Bexley CF was formed in 2003 and the membership is drawn from all three local Conservative Associations; Bexleyheath and Crayford, Old Bexley and Sidcup and Erith and Thamesmead.

Locally, Bexley CF has been very active in recent years supporting the efforts of the Association time, with particular success at election time. At the last council elections in 2006, eight Conservative councillors under the age of 30, were elected. The group continue to campaign on political issues, including youth crime and youth engagement in politics.

On Wednesday 21 May, Bexley CF is holding a social event at:

Tickets for this event are £20, which starts at 8pm.

If you could add this to your website, we would be grateful - tickets are available by emailing - join@bexleycf.com
Posted by London South Team at 07:02 No comments:

London's New Mayor is a Winner

The London South committee would like to congratulate Boris Johnson and all activists who helped make his campaign such a stunning success. For months on end, CF members paced the streets of London spreading the message and working hard to deliver Boris into City Hall.

After only a few days in the job, Boris is making a huge difference through swift and decisive action. He is already taking steps to stamp out anti social behavoir by banning booze on the tube and is reaching out to youths by appointing experienced leader Ray Lewis as deputy for young people. Such effective and insightful leadership is cast iron proof that Boris is the man to lead London forward.

Having Boris as Mayor is like a breath of fresh air for all of us. For too long London had suffered from the corruption of Ken Livingstone’s administration and its lacklustre approach to record levels of knife and gun crime.

During his campaign, Boris had to endure a series of callous smears from the likes of the Guardian’s leading champagne socialist Polly Toynbee. Despite the mountains of mud these grotesque commentators chucked at him from their million pound homes, Boris kept moving forward to victory.

We now have a mayor who understands the needs of the people of London and will do everything in his power to tackle crime head on. 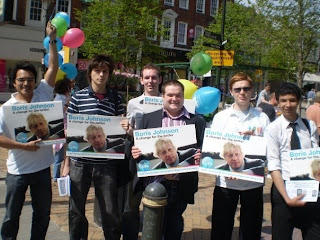 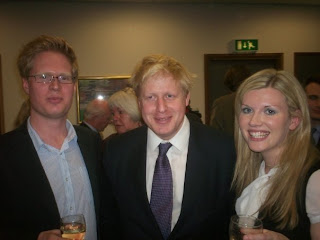 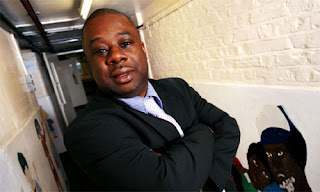 Posted by London South Team at 06:51 No comments:

A big Congratulations to Maidstone who won with a healthy majority of nine seats bringing the total number of Cllrs to twenty nine on the Council. The last time it was Conservative held was in 1982 and since then it's been a battle between the Liberal Democrats and us.

Well done to everyone who helped with the campaign!!

We've had some amazing wins so far and Labour hasn't performed this badly since the 1960s. A BBC analysis gave Labour a projected national share of the vote of 24% behind the Liberal Democrats on 25% and the Conservatives first on 44%.

Fingers crossed Boris wins this afternoon......
and after that Downing Street for Cameron!
Posted by London South Team at 05:28 No comments: